BEST LAID PLANS AND A BIRTHDAY

I honestly DID have every intention of upping my game with diet and exercise this month! I had a plan! I was starting to do more yoga (ish) type exercise and using my rebounder consistently. I was walking more often. I planned to be alternating walking and jogging by the end of September.

But then on September 17th, I ended up in the emergency room with some severe pain in my back and just under my ribcage, as well as some other nasty symptoms. After having some scans and bloodwork, the diagnosis was acute Pancreatitis and a gallstone that needed to be removed.

I was admitted to the hospital where I remained until late Saturday afternoon. It was a LONG couple of days, with my diet consisting of ice chips until just before I was sent home to rest up for my scheduled surgery.

Before leaving the hospital, I was treated to some yummy pureed mashed potatoes! LOL!
They were the consistency of skim milk!

And yet, they were pretty tasty after only having ice chips for a couple of days!
SURGERY AND LYMPHEDEMA

During my stay in the hospital, while they were trying to ease the inflammation in my pancreas, fluid had started leaking out from my IV into my arm during the night, leaving my arm red, swollen, and very sore. It was still pretty bad when I went in for surgery on September 23rd. Since they were doing robotic surgery, they needed to put an IV in each arm. Because of my lymphedema, they couldn't use my right arm at all. So, they had to search for other veins to use in my left arm. I won't go into any great detail, because quite frankly, it's making me nauseous just thinking about all the poking and prodding that was done before they were able to find suitable veins for the surgery. 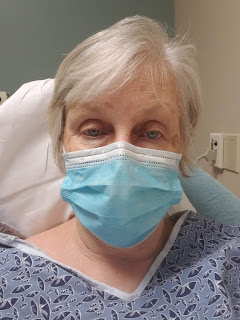 But here I am now, almost a week out from surgery. I am happy to say that overall, it hasn't been too bad. I am walking as much as possible, but still have quite a bit of soreness along with some other minor annoying issues. One of those issues is trying to figure out precisely what I can and cannot tolerate food-wise. I'm not sure when exactly I will be able to get back to exercising. My followup appointment is next Tuesday.

Today is our sweet Alex's 26th Birthday! We won't be celebrating with her in person since she is in Arizona, but we will chat with her later this evening. I miss her so much!

WHERE HAS THE TIME GONE??? 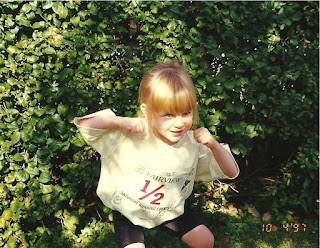 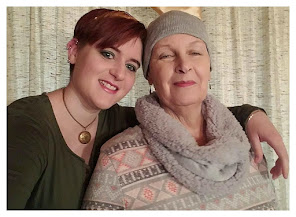 BEST LAID PLANS AND A BIRTHDAY

Best laid plans....blah, blah, blah...... I honestly DID have every intention of upping my game with diet and exercise this month! I had a p...